The World of Work through the Lens of Disability

A Guest Blog by Liz Stanford 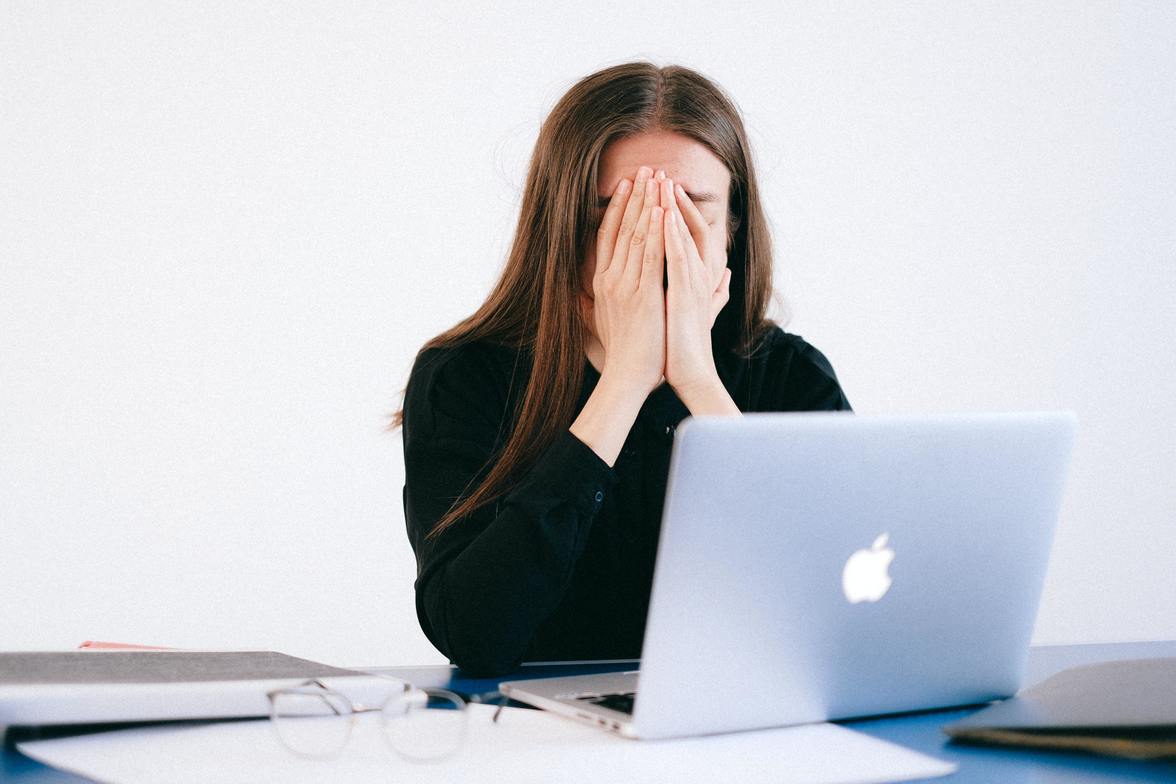 In this 2-part series, guest blogger, Liz Stanford shares her experience as a person with disabilities in the working world, the challenges she has faced, and in an upcoming post will share what she hopes to achieve by sharing her story.

You would think that being a newly graduated young, female Mechanical Engineer would mean the world was my oyster and my future was bright.

I had a job ready for me right out of school with a company that was going to pay me well and send me to Europe.  I was ready to start my future with my then-boyfriend, now husband.  Life was supposed to be easy-going, exciting, and full of purpose and promise.  For most people in this situation, life would be like this.  For me, it was not.  This is because I am not like most others.

I have ADHD, general anxiety disorder, and OCD. On top of that, I have had some tests done towards a diagnosis for Auditory Processing Disorder. Yes, these disabilities do create difficulties in my life. They also make me energetic, charismatic, creative, and able to think outside the box more easily than thinking inside the box.

I didn’t need accommodations until college, so I thought working with my disabilities would not be incredibly challenging.  I was very wrong. Before I continue, I want to mention that what happened to me is not unusual, unfortunately.

Most people are not aware that this still happens or understand the fact that even though there are laws against this sort of thing, doesn't mean it never happens.  I've been told often that I should do something about what has happened to me but many times doing that comes with consequences.

Stepping into a Nightmare

To keep anonymity, I will call the first company I worked with Company A with Boss A. I got the job with Company A, which was a satellite office for a company with headquarters abroad, right out of engineering school. Boss A seemed super friendly and understanding.

His son and my little brother both have an autism spectrum disorder. You would think that would mean he would be an understanding person.  I had my suspicions that he most likely had ADHD too. I felt very safe with this position and company as I went through the interviewing processes and when I accepted the job offer.

This job would allow me to travel to Europe and learn so much. I was so thrilled. I didn't realize I had stepped into a nightmare. Company A was in an industry where if there was an accident, all individuals at the site would not be allowed to leave and all would be drug tested.  Because of this, Company A had to have any medications on file that could show up during a drug test because I would not be allowed to contact my doctor in that situation to vouch for me.  Boss A was also HR of our little office.  So, Boss A knew I was on Adderall which after that, me having ADHD becomes pretty obvious.

At the time, I thought the way accommodations worked was that your doctor just had to prove you had a disability, and then you could ask for things you needed as long as it was an accommodation that didn't create hardship for the employer and was cheap.  I had assumed giving my script to Boss A was all that was needed.

I wasn't planning on telling my boss about my disability before I had found out I had to disclose my medications to him. I was going to maybe disclose after working there for a few years because I do believe it gives me advantages that I feel I have to hide in order to not bring up suspicion of ADHD.

It allows me to be spontaneous, creative, and energetic but I often mask when working in order to avoid negative judgment.

Being able to take notes is a common way for people with ADHD to adapt to a lacking memory.  I made it obvious from the beginning that I am someone who always has a notepad on me and depends on notes.  Right after finishing meetings that Boss A also participated in, he would ask me questions about what happened.

I would start looking through my notes to answer questions and he would say no notes.  The first time he did this, I froze up and panicked.  This happened every day, multiple times a day.   I would get scolded every time I got something wrong, even in my first week of working there.

I always felt like I had just been in a fight.  It was extremely emotionally draining.

Unfortunately, I wasn't the first person to get these types of emotional beatings.  After Boss A would leave, the project manager who was the second youngest to me would always come over and ask if I was ok and that he understood because Boss A use to do that to him too.

It was not uncommon for me to want to break down and cry during work. I would also be told all the time to focus on what he was saying even though I was.  My focus had improved greatly over the last few years. This was all the time. It is also why I was so confused about why I was having such a hard time understanding my coworkers abroad so I assumed it was because of the heavy accents and that it would get easier over time. Very quickly I realized Boss A was an extreme micromanager.

Everyone had to carbon copy him on everything. Weeks later after my training in Europe, Boss A started saying that my ability to pick up auditory information was too bad.  You have to remember, most of our calls were with coworkers abroad with very heavy accents and the rule was that I wasn't allowed to ask them to repeat something if I couldn't understand because of their accents.

And then when I was actually successful in writing good notes, he would tell me I couldn't use them while talking about what happened. We were also using a normal cell phone on speaker to do all these calls on so the sound quality wasn't great either.  When Boss A confronted me at that time, he asked me why I couldn't do better with it. I had said as I had told him before that ADHD affects my short term memory so I need to be able to write things down and use my notes as reference.

He would tell me that's not an excuse and then told me that he had ADHD too but "back in his day"  people weren't put on medication so it's possible to deal without accommodations then.  I had my suspicions but never said anything of course because that would be extremely inappropriate. This meant he knew a lot of the struggles I would have because of it and was purposefully making my life harder.

Of all people, he should have understood that my struggles were invisible.  He wasn't very educated on ADHD though and assumed my issues would be the same as his when we obviously had different types.  He was the type that constantly got distracted and would be impulsive and say very impulsive things all the time while I was always bouncing my leg while working while also being impulsive.

Often, he would be distracted, talking to our mini corridor about his life while I was in hyper-focus mode trying to work.  So then I told him I don't know why I can't do it because I wanted him to stop bombarding me. He told me then that I should talk to my doctor and that if he says changing my meds won't make me better at this then I should find a new doctor.

I had already started crying before that but the tears came out harder after he said that because it made me realize how bad of a position I was in if he was going to talk about my medication like that.

I brought this up to my therapist the next day. I mentioned during the calls that I would hear gargle when they would talk. I would ask them if they could repeat the word and I would still not be able to understand it. I explained how many times during the call it would be that I missed out on what the subject was but would still pick up on what happened to the subject.

I still heard noises when they spoke, but could not articulate it into a meaning. I mentioned how I knew it wasn't my focus because my focus had been so good lately. This is when she said I should get retested. The fact I said "gargle" was what made her realize this wasn't due to ADHD. She didn't tell me the name of the issue because she didn't want me to become biased during any testing.

She did give me some tips about what I could do to help such as being closer to the sound source during calls and using active listening techniques to help me stay on track. Right away I called Boss A to let him know because I thought if he realized it was something that wasn't my fault that he would lay off me. I also told him that I might need a day off or two in the future for this testing because I would have to be off medication for some of this.

He said that was fine and that he was more than happy to give me any time I needed to get this diagnosis. The next moment, he was demanding I tell him the name of this newer disorder which I kept telling him I didn't know the name. He kept saying he needed to know so that he could accommodate me which my first thoughts, of course, were "oh now you want to accommodate me".  I didn't say that out loud of course.

I told him about how having the sound clearer was a good way to help me with it.  He had mentioned previously about getting a speaker system so our calls would be clearer so I had said that getting that device should help according to the therapist. And just simply allowing to use note and if he felt comfortable I could even record conversations and then keep the recorder in the office so there wouldn't be any security issues.

What he said next made my heart drop.

Watch for part 2 of this series next week. If you would like to share your experience with discrimination, job search depression and anxiety, or identity loss, reach out to our team. We are looking to open more conversations and shed more light on these important topics. 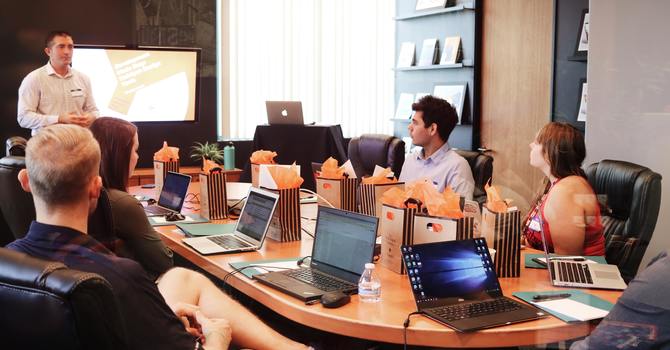 The Networking Essentials for Engineers You May Be Missing 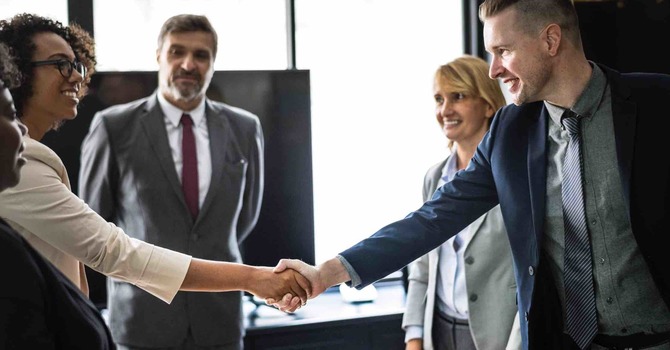 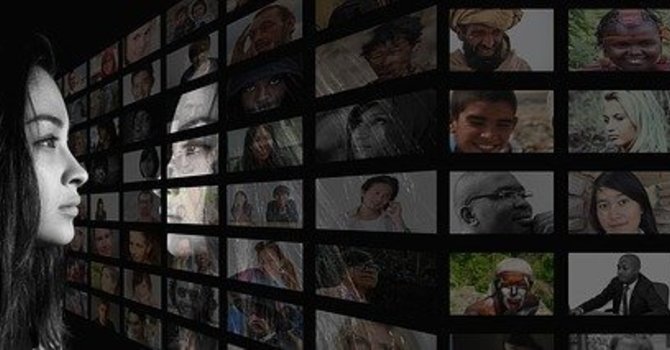 The World of Work through the Lens of Disability- Part 2